The purpose of this residency is to support young African artists and to highlight practices that explore new forms of photography. The aim is also to promote artists’ mobility to enable them to share their work and expand their artistic and professional networks.

With this program the Collection Gervanne + Matthias Leridon and its partners commit themselves to support the laureate’s project by offering him/her special guidance and a three-month residency in the centre of Paris.

Find out how to participate.

Simon Baker — Director of the MEP

Simon Baker has been Director of MEP since May 2018. He was formerly Senior Curator for International Art (Photography) at the Tate Modern in London since 2009. Prior to this, he was Associate Professor of Art History at Nottingham University. He has published widely on both photography and art history, including the monograph George Condo : Painting Reconfigured (Thames and Hudson, 2015), often specializing in surrealism and its legacies in contemporary practice. Recent publications include texts for works on Coco Capitan, Julie Curtiss, Hassan Hajjaj, Mari Katayama, Mona Kuhn and Erwin Wurm.

After a degree in Business Law, a master’s degree in History and the École du Louvre, Gervanne Colboc-Leridon became a professional auctioneer and for ten years she organized auctions for various auction houses (Sothebys, Drouot, etc.). In 2004, she published the Guide des ventes aux enchères (Larousse Éditions) and for several years she wrote a monthly column dedicated to the art market for the magazine Atmosphères and on the Pink TV channel.  She is Managing Director of the Trucy investment holding company and, since 20008, Co-President of the NGO AADfund.org, associate member of the UN ECOSOC.

A graduate of ESSEC and IEP in Paris, Matthias Leridon holds a postgraduate degree in audiovisual communication law. A former auditor at the Institut des hautes études de défense nationale, he founded the communications consultancy Tilder, which he has managed for over 35 years. Since 2008, he is Co-Chairman of AAD-fund.org. At the same time, he is Vice-Chairman of AMREF Health Africa France, the first African public health NGO, and a director of the SOS Group and the NGO ACTED. Since 2018, he has chaired the “Centre Pompidou Accelerations”. He is the author of L’Afrique va bien published by Éditions Dans Publics in 2010. He is a full member of the 3rd section of the Academy of Overseas Sciences.

Through the Gervanne + Matthias Leridon collection, one of the world’s largest private collections of contemporary African art, they support African creation through grants, commissions, loans and public promotion initiatives.

Bénédicte Alliot, PhD was an assistant professor in postcolonial and translation studies at Université Paris-Diderot (Paris) until 2002. She then moved to Johannesburg as Director of the Institut français (2002-2006), followed by New Delhi, where she was the Cultural Attaché to the French Embassy (2006-2010). From 2010 to early 2016, she headed the Cultural Seasons programme at the Institut français in Paris. Since 2016, she has been Director General of the Cité internationale des arts, an art residency centre located in central Paris (in the Marais and in Montmartre) that hosts more than 300 artists and culture professionals of all disciplines and nationalities.

Located in the heart of Paris in the historic Marais district, the MEP is an institution dedicated to photography. Its programming reflects its openness to current practices and new aesthetics by presenting exhibitions of artists of international stature and its commitment to emerging creation. Supported by the City of Paris, the MEP also houses a vast collection of post-war photographs and one of the largest specialized libraries in Europe.

The Gervanne + Matthias Leridon Collection is the result of a deep human adventure. It is a story of passion, encounters, aesthetic impulses, and artistic choices. Comprised of several thousand pieces, this collection is a reference in the art world. Discerning art lovers, Gervanne and Matthias Leridon are keen to share with as many people as possible the passion that drives them, and the sincere and personal commitment they have to each of the artists of the African continent. To discover their collection is to open oneself to the unexpected, to dive into a true artistic exploration of the diversity of contemporary African creation. Aware and defensors of the fact that Africa is the continent of tomorrow, Gervanne and Matthias Leridon have never ceased to commit themselves to these artists who think the world, who enlighten it, question it and liberate it. Passionate, you will meet them crisscrossing the continent to unearth new talents, visiting the places of creation of these committed artists, and exchanging with each of them. Africa is the future. 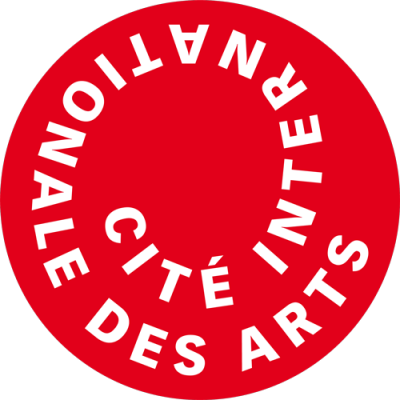 In the Marais or in Montmartre, the live-in studios (spaces for living and creating) allow artists in residence to cohabit with more than 300 other artists and art professionals of all generations, nationalities, and disciplines. In collaboration with its many partners, the Cité internationale des arts opens several calls for applications on specific themes and/or projects throughout the year.